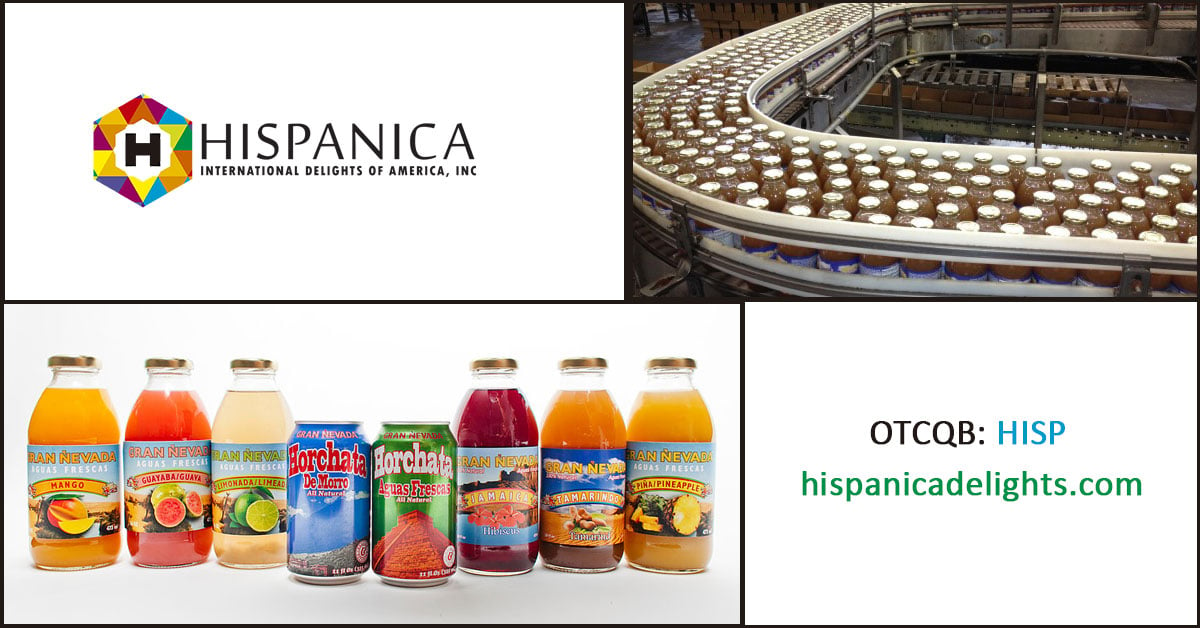 Chairman and CEO Fernando Oswaldo Leonzo of Hispanica International Delights of America, Inc. (OTCQB: HISP) “Hispanica” or the “Company”), a leading diversified food and beverage company with brands focused within the Hispanic and ethnic food industry, called in to SmallCapVoice.com, Inc. to go over his business model, markets, management team, history and outlook.

Hispanic International Delights of America, Inc. (OTCQB: HISP) is a public company, founded in 2013.  HISP is engaged in the distribution of proprietary, licensed and third party Hispanic and Ethnic food and beverages throughout the United States.  HISP has already begun to distribute fruit juices, nectars, and milk based products and will begin to distribute teas, carbonated drinks, dry goods, preserves, frozen foods and bakery products.  The brands distributed are done so on a proprietary basis (through distribution agreements and/or exclusive licensing arrangements). These brands emulate the flavors, tastes, and traditions, which have been known for generations among the Hispanic and other ethnic groups, and are now becoming part of the American mainstream diet.  HISP is also committed in building long-term relationships with its consumers by offering superior, high quality products at the most competitive prices.

HISP is headquartered in New York State with distribution operations under way in the New York City Tri-State Region, the Washington, D.C. Metro Area, the Houston Metropolitan Area, and in Los Angeles and the Northern California Region.