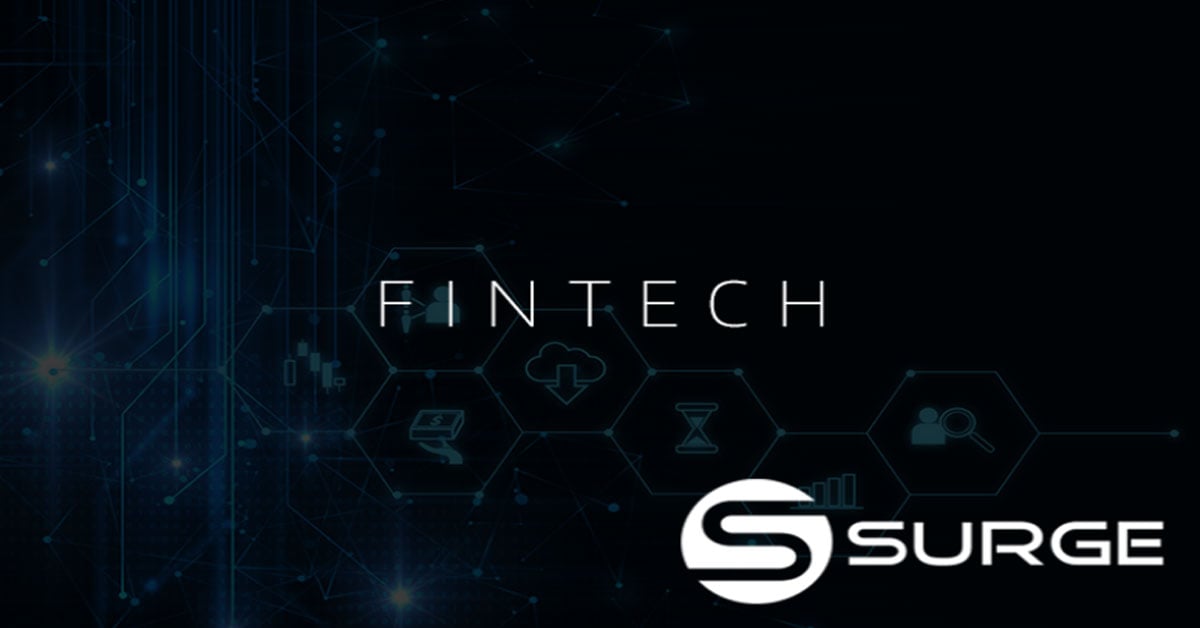 Cash never went away. It’s simply gotten lost in the shadow of credit cards, debit cards and the humble iPhone. Americans now only use physical money for about 30% of all purchases, which is why payment stocks like PayPal and Square have climbed 200-400% over the last five years.

So if you have a time machine handy, feel free to go back to 2014, buy those stocks and have fun. But for the rest of us here looking toward the future, Surge Holdings Inc. (OTC:SURG) is a more interesting proposition.

SURG is addressing markets that Wall Street’s favorites haven’t been able to crack. They’re going after that “missing” 30% of the retail world that still uses dollars and cents… and it’s a sweeter slice than some people think.

The Fed thinks there’s at least $2.8 TRILLION a year still rolling through that cash world. That’s a lot of money. If PayPal and Square could capture it, their typical 3% processing fee would squeeze $84 billion, just here in the U.S., no foreign expansion required. Right now they don’t bring in 1/4 of that put together! You could even throw in MasterCard and Visa’s entire global business and the cash world still represents a bigger opportunity.

But all those giants have tried hard to capture that cash and this is the best they’ve been able to do. PayPal in particular is frustrated. They’ve tried so hard. What does SURG have up its sleeve?

For starters, they understand the cash world. People use folding money in convenience stores on small purchases. And often people who shop in convenience stores don’t have credit cards. They don’t buy a lot online. Many . . . about 65 MILLION U.S. adults, not to mention the kids . . . are what the Fed calls “unbanked or underbanked.” They cash their checks and open their wallets.

All the PayPal gizmos in the world won’t change that basic relationship between the cardless, cash and the convenience store. And there’s one thing the corner store sells that brings these people into the world of payment systems: the prepaid phone card.

SURG management knows the phone card industry. It’s literally a corporate cash machine. The CEO has already built companies in this space to a run rate above $10 million a month. He’s eager to repeat or BEAT that track record with his new payment network, SurgePays.

The system isn’t complicated. SURG gives the storekeeper the tech tools to pay phone bills and load customer cash on prepaid debit cards, for a fee of course. The storekeeper cheers. The customer gets to join the world of electronic payments. The phone company won’t take cash. That’s only where the fun starts.

SURG has relationships with product manufacturers. Once it gets its toe in the store door, it can introduce those products to the storekeepers, get product on the shelves. Friendly products get better deals on the payment cards. At every step of the way, SURG captures a tiny bit of the cash flow.

This is that $2.8 TRILLION world opening up. PayPal can’t do that. Square doesn’t even try.

The CEO is realistic. To start with, he only wants 100,000 stores on the network by 2021 running at least $1,500 a month. Again, that’s just to start. Do all the math and it turns into $1.8 billion a year in transaction volume. Apply that payment network 3% (more or less) and suddenly SURG has a back-of-the-envelope run rate of what, $50 million a year?

In that scenario, there’s vast growth for shareholders to capture between now and 2021 (which is barely 12 months away . . . talk about near-instant gratification!). SURG already booked a healthy $4.9 million in revenue last quarter for a run rate of maybe $20 million, so this company can easily DOUBLE if the CEO hits his near-term goals.

And there’s another thing. You know how in the payment world the network kicks back a lot of revenue to processing partners? It’s like that with SURG too, but that $4.9 million in revenue still turned into $1.8 million in gross profit.

I mean, Square trades at 13X revenue. PayPal carries a 7X multiple. And yet here’s tiny little SURG, not even $0.50 a share right now and priced at under 2X its recent run rate. Those comps are a little ridiculous. For them to even out, this little stock needs to move FAST to fill the gap. And if SURG grows the way the CEO hopes… wow.

Of course the big payment networks are profitable, which is why that breakeven trajectory is so important here. Again, it could happen in the next year. I think they can do it. NEWS FLASH: SURG just bought a rival phone card network a few weeks ago. That’s 9,800 stores and $48 million a year in revenue.

Suddenly breakeven looks a LOT closer. And hey, there’s a lot more stores out there. Even if SURG only rolls up 2/3 of the overall convenience store world, they hit the 100,000-store target. Easily 75,000 of those stores are mom-and-pop independents looking for extra products to sell and extra support to keep up with the chains.

Heck, they’ve already made a deal with the trade group that represents 110,000 of those stores. Huge. That’s when the real long-term fun starts. SURG has a lot of secondary ventures lining up. Prepaid Visa cards. Rewards cards. Merchant relationships to bring in cutting-edge products. (Goldman Small Cap talked about a few of those products here.)

Big dreams? Maybe. But it’s a big opportunity. However much of the $2.7 trillion cash market SURG can grab here in the U.S., it’s only a blip on the global spend Bloomberg talked about recently. $95 TRILLION? Yes, please!

I’ve seen one analyst who says this little stock could be worth a big multiple down the road. He’s more interested in those “cutting edge products” as a sizzler. I haven’t talked about them at all because to me the near-term prospects are more interesting.

SURG is already raking in millions. Gross profit margins are healthy. Payment stocks have been on fire. Everything else is practically gravy. If anyone can reach the “unbanked,” it’s them . . . provided of course some alert payment giant doesn’t notice and make the CEO the offer of a lifetime.

He’s committed to this company. He’d cheer the right deal right along with his shareholders . . . as recently as September, he still owned close to 70% of all SURG stock, that’s how much he believes in the potential here. Reading between the lines, I think he’s having fun. That’s why any of us are in the market at all, right?