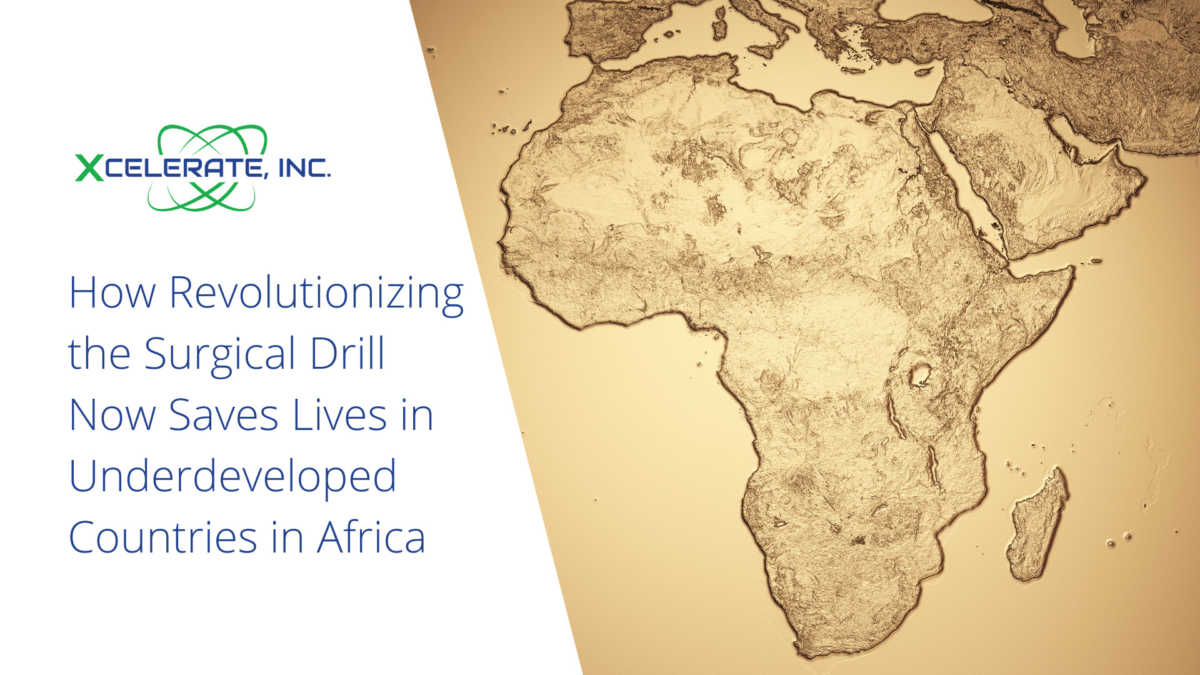 The book, The Surgeon in the Village, talks about Dr. Dilan Ellegala, a Nobel Award-winning neurologist who spent more than 10 years in Tanzania, where he taught medical personnel how to conduct basic surgical functions on the brain and care for their patients on-site.

Upon arriving in Tanzania, Ellegala was shocked to find out that the entire country had just three brain surgeons for its population of forty-two million – which means that people suffering from head injuries or brain tumors are forced to heal on their own or die from such a fatality.

“As he guides these Tanzanians to do things, they never thought possible,” the book points out, “Dilan challenges the Western medical establishment to do more than send vacationing doctors on short-term medical missions. Instead, he discovers solutions that could transform health care for two billion people across the world.”

In fact, he made it his mission to improve medical science through technology and humanitarian assistance.

Displeased with the problematic nature of existing surgical technologies, Dr. Ellegala began envisioning an upgraded version of the traditional surgical drill that could prove crucial over time. In many situations, existing technologies were inadequate, especially when used by inexperienced surgeons just learning how to save lives.

He was becoming increasingly impatient. And with the shortfalls of such equipment, Ellegala realized something had to be done – even if he was the one that had to do it.

Surgical drills are mainly used in spinal and cranial surgeries. They also relieve pressure experienced by patients who are sick, injured or have been suffering for a prolonged period of time. Often the last resort, they help surgeons open the skull with minimal obstruction and can be game-changing to patients with no other options.

Spinning at rates between 60,000 and 70,000 RPM, these drills produce a massive amount of heat and friction, which can cause the operator to lose control. It’s not only dangerous to lose control over such a significant weapon against disease, but it can also be distracting – costing doctors their line of sight.

In warmer climates, they reach higher temperatures much more quickly and can cause the drill to move off target. The longer the drill runs, the hotter it gets. And with each impending second, the overall quality of surgery is pointed toward the decline.

MD On a Mission

Dr. Ellegala learned about an innovative heat wicking material designed by XCRT Board Member Steve Gravely and Board of Advisors member Dr. Anja Glisovic– whose single contributions to science made safer operations possible.

The pair had developed this material as a coating for use on the barrels of high-powered rifles. It is known that, even a minimal number of high-powered rounds fired cause a high amount of heat in the barrel and that heat directly effects the gun’s accuracy.

In September 2021 Xcelerate, Inc. negotiated a license for this process for the worldwide use of the process in the manufacturer of medical devices. Dr. Glisovic and Dr. Ellegala believe that the introduction of this coating process into the design of existing surgical drills would significantly increase the useable speed and lower operating temperature reduce operating times and, at the same time, reduce heat damage to surrounding tissue.

The company has since filed a patent adding additional innovation o the surgical drill and is in the process of preparing an additional four patent applications all focused on improving an instrument that is used daily and whose design has been largely unchanged for years. Rather than producing a completely new instrument, Xcelerate plans to license the design innovations to manufacturers all over the world.

The team is currently working to miniaturize the standard surgical drill, further reducing the amount of heat and friction generated when in motion – a significant advancement in medical engineering and a prototype that will soon be available in the MedTech arena. A camera will also be added to improve accuracy on the operating table in a move to enhance post-surgical recovery.

According to Glisovic, “The device itself improves handling and precision of surgical tools by aiding the surgeon in observing the surgical site. It can adjust tool alignment and target acquisition. It will integrate target marker projection in the tool and utilize camera miniaturization. It will also be able to give the surgeon a 1st-person ‘tool view’ of the surgical site, as well as distance information between the tool and the intended point of surgical incision in real-time,” allowing patients to heal much faster than before.

Only The First of Many New Inventions

Xcelerate acquires medical technology at the engineering and patent level, matchmaking with early-stage startups to foster growth and innovation.

Xcelerate focuses primarily on these types of engineering technological advancements and the intellectual properties associated with each. In many ways, advanced engineering and medicine have been poorly aligned – and something that the team at Xcelerate has a vested interest in changing.

By securing patents for the unrealized application of existing, non-medical devices, Xcelerate is able to mesh advanced engineering with the ongoing needs of the greater medical community to develop highly complex medical technologies for both clinical and non-clinical utilization.

“This adaptability will allow Xcelerate to seek licensing, royalty and or joint venture arrangements with existing instrument manufacturers,” stated O’Shea, whose background in corporate business and forensic accounting is poised to grow the Company beyond where it is today. In fact, he compares the vision of Xcelerate to a future MedTech incubator and is taking the necessary steps to successfully pave the way.

Reintroducing the medical community to existing tools and solutions – and by repurposing those solutions for clinical application – means not starting from scratch to create something revolutionary but instead perfecting those tools that are already considered essential within the medical community, such as the case with surgical instrumentation.

The company develops each product to be licensed by large manufacturers and readies them for commercialization once they’ve been mass-produced by those manufacturers, who will then distribute these products through their own brand.

For Xcelerate, this approach has led to a lower cost in product development and commercialization while resetting the standard for ground-up medical research and development.

The company conducts its own clinical trials and testing, allowing for more end-to-end control over the development and application process – which, in turn, will enable The Company to rapidly develop new products and expedite their production for accelerated market entry.

Returning To His Mission

When Dr. Ellegala realized that the people of Tanzania lacked the healthcare they needed, he vowed to be that difference – to be the change in any way that he could. Realizing that he had the tools this country so desperately needed, he made it his mission to bring those tools to East Africa – bringing the people of Tanzania, Africa, greater access to medical facilities, even in remote villages where access was not previously available.

In 2021, he and his partner, Doyle Word, founded the virtual health and MedTech company AfiyaSasa Africa, LLC. And in 2022, Xcelerate acquired a 51% interest. Since then, AfiyaSasa Africa, LLC hired local staff and has had commitments from 5 local hospitals to act as beta test sites with the goal of going live and revenue producing by the end of 2022.