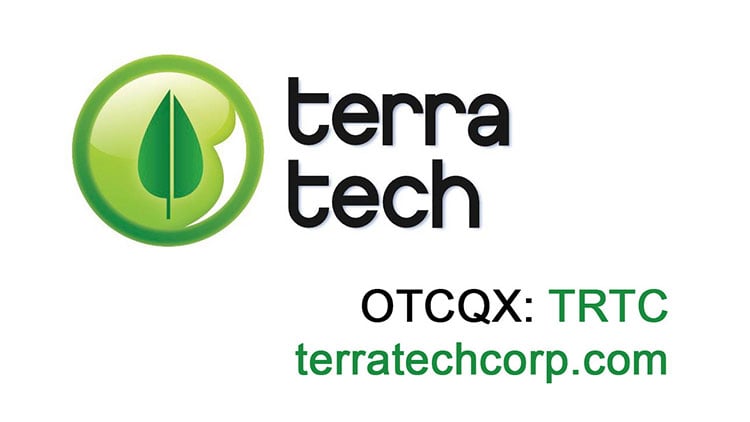 Derek Peterson, Chief Executive Officer of Terra Tech Corp., commented, “We are pleased to see the impact of our expansion strategy to open cannabis dispensaries in core target markets drive strong sales in the first quarter. We also reported higher sales of our wholesale IVXX-branded cannabis products as a result of its improved brand recognition coupled with expanded distribution channels. Total first quarter revenues were $6.8 million, representing a 340% increase over the prior year period and we are on track to meet our revenue guidance of $38 – $40 million for 2017.”

“This quarter saw the opening of our fourth Nevada-based Blüm dispensary, located in Reno. This location benefits from limited local competition and we are pleased to record excellent initial sales from Blüm, Reno, which was our best-performing dispensary in the quarter. We consider Nevada to be a major growth opportunity for the Company and are proud to have established a strong presence in the State of Nevada, across both Reno and Las Vegas. This week, the Nevada Tax Commission adopted temporary regulations to allow the state to issue recreational marijuana licenses as early as July 1, which should pave the wave for Terra Tech to break into the recreational market in the second half of 2017. This is a source of great excitement for us.”

“Looking ahead, we also remain focused on driving our expansion in the State of California, a major economy with a progressive attitude toward the cannabis sector. To support this strategic goal, we made rapid progress in the first quarter building out a new cultivation facility in Oakland, California, as well as designing both a dispensary and cutting edge production facility in San Leandro, California. We hope to have completed these projects by the end of the year. This was a strong start to the year and we are confident that our strategic growth plan, coupled with ongoing market acceptance of cannabis, will drive Terra Tech’s growth in 2017 and beyond.”

The company will also host a conference call today, Thursday, May 11, 2017 at 9:00 AM Eastern to discuss its financial results and the outlook for 2017.

For those unable to participate in the live conference call, a replay will be available at https://www.smallcapvoice.com/trtc

An archived version of the webcast will also be available on the investor relations section of the company’s website.

Statements in this press release may be “forward-looking statements” within the meaning of the Private Securities Litigation Reform Act of 1995. Words such as “anticipate”, “believe”, “estimate”, “expect”, “intend”, and similar expressions, as they relate to the Company or its management, identify forward-looking statements. These statements are based on current expectations, estimates, and projections about the Company’s business, based, in part, on assumptions made by management. These statements are not guarantees of future performance and involve risks, uncertainties, and assumptions that are difficult to predict. Therefore, actual outcomes and results may, and probably will, differ materially from what is expressed or forecasted in such forward-looking statements due to numerous factors, including those described above and those risks discussed from time to time in Terra Tech Corp.’s filings with the Securities and Exchange Commission. In addition, such statements could be affected by risks and uncertainties related to: (i) our ability to integrate Black Oak Gallery, a California corporation (“Black Oak”), as well as vitamin and dietary supplement lines, into the Company’s operations, (ii) product demand, market, and customer acceptance of the Company’s products, (iii) the Company’s ability to obtain financing to expand our operations, (iv) the Company’s ability to attract qualified sales representatives, (v) competition, pricing and development difficulties, (vi) the Company’s ability to conduct the business of IVXX, Inc., the contemplated businesses of MediFarm, LLC, MediFarm I, LLC, and MediFarm II, LLC, if there are changes in laws, regulations, or government policies related to cannabis, (vii) the Company’s ability to conduct operations if disease, insects, or mites affect Edible Garden Corp.’s produce, herbs, and floral products, and (viii) general industry and market conditions and growth rates and general economic conditions. Any forward-looking statements speak only as of the date on which they are made, and the Company does not undertake any obligation to update any forward-looking statement to reflect events or circumstances after the date of this release. Information on Terra Tech Corp.’s website does not constitute a part of this release.