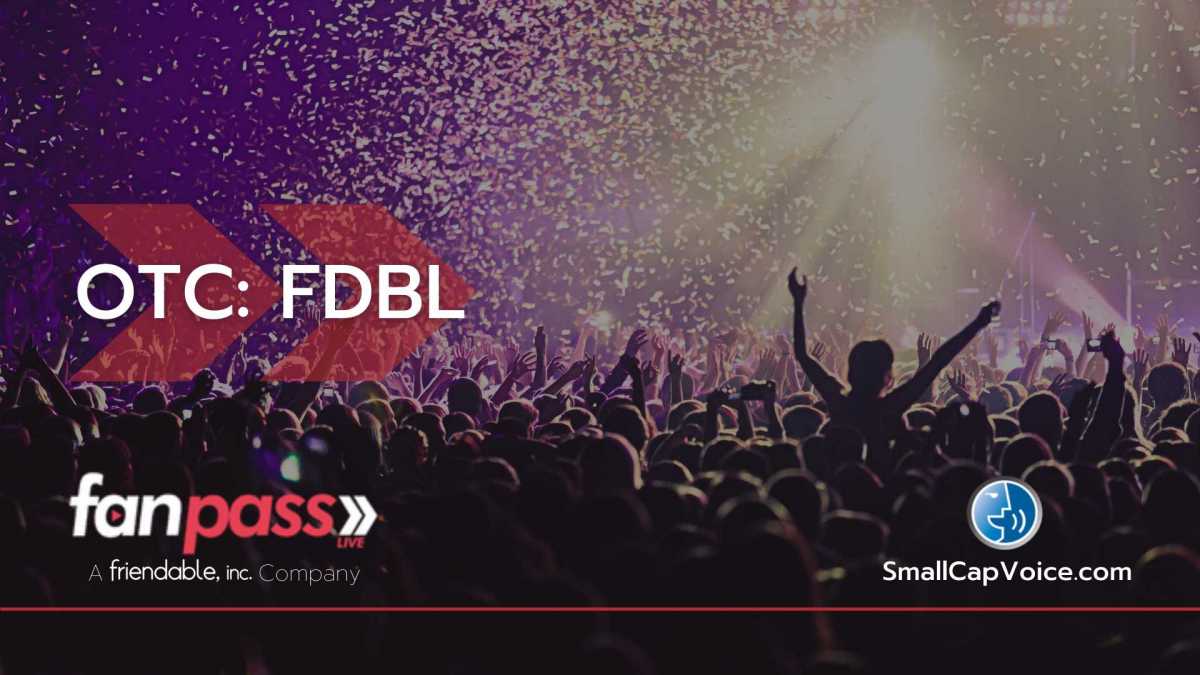 Friendable Inc. (OTC: FDBL) is a mobile technology and marketing company focused on developing and identifying products, services and brand opportunities with mass market potential and scalability. Friendable published its first mobile application in the Apple App Stores and Google Play stores in 2014, in the social networking and dating category. The Friendable app achieved over 1.5 million downloads, top 10 worldwide rankings and led to celebrity related marketing opportunities and various relationships with well-known music artists, as well as up-and-coming independent artists. Friendable, Inc. has pivoted its business focus to Fan Pass, the livestream artist platform and removed the social dating app from the app stores. Launched July 24, 2020, the Fan Pass livestream platform has proven to be invaluable for artists and fans alike as performances shifted from the stage to the screen.

The Future of Fandom for Fans and Recording Artists: Version 2.0 of the Fan Pass Livestream Artist Platform

Since the launch of version 1.0 on the very same date one year ago, the app has grown from 16 total artists to over 4,000 artist sign ups. Now the Company prepares to scale up, showcasing all it has learned from thousands of artists and their fans.

The new 2.0 mobile and web applications will display a wide range of feature upgrades, significant UI/UX enhancements and, most of all, a streamlined set of tools for live streaming events from the virtual stage, broadcasting from behind the scenes, music distribution assistance, live and virtual event bookings. An all new “Artist Pro” feature, offering a fee-based service that provides various benefits to elevate each artist brand image, grow their fan base and assist in the building of their careers without the need of being signed by a traditional record label, is also included as a featured upgrade.

● An exclusive look into the everyday lives of music artists

● Sound Check – test your equipment before your stream

After identifying key attributes that are relevant for FDBL’s market based on detailed research, they have identified several key competitors. Specifically, Bandsintown, Mandolin, Bandcamp, and Soundcloud. Outside of that, they have identified music sharing streaming services such as Facebook & Instagram Live, as well as TikTok and other social media services. Friendable has plotted these against two major comparative axes — interactivity and accessibility. When using these two qualities, they can place themselves in-market in comparison to their competition.

Streaming live shows was an innovative way to connect with fans even before 2020, but as COVID shifted performances virtual, it became a lifeline for artists. FDBL competitors have taken a variety of different approaches, but Fan Pass is the only platform that offers everything on place — a social network and artist support hub.

Bandsintown posts clip slideshows. Mandolin highlights future streams but shares very little video. Bandcamp places an emphasis on merch. And LiveXLive posts almost exclusively video content, including interviews with artists. Fan Pass has the ability to do all of this and more! We combine the individual strengths of each of these competitors by sharing concert clips and hosting live streams, designing and promoting custom merchandise, strategically promoting upcoming shows and offering interaction with fans — a true partner for independent artists.

“When working with technology as the go-between, it’s sometimes easy to get caught up in the actual technology itself, rather than truly understanding the use case for the person on the other side of its purpose. In our case, it’s the music artists themselves,” said Robert A. Rositano, Jr., CEO, Friendable, Inc.

“So, in approaching an all-new version of the Fan Pass platforms, it’s been more important than anything that we listen. The feedback along the way has been both positive and constructive, even overwhelming at times, but it has shown us all along that we have been and continue to be on the right track. We are excited to share more, so stay tuned as additional updates will continue to follow as we execute on our plans and the release version 2.0,” Rositano concluded.

To date, efforts to encourage app downloads have been productive. But, as FanPass looks to launch V2, a focus needs to be shifted to increasing downloads and other metrics. If the current download rate continues uninterrupted and unchanged, Fan Pass will not meet download goals organically. Luckily, with paid media efforts, we can shatter these install goals. Utilizing modeling, Rebel has forecasted for app downloads, registrations, conversion to subscriber and artist signups. Though this last category is previously uncharted, increased installs should correlate positively with signups, assuming a CPI of $1.00 and a CVR of approx. 3%. With these two assumptions made, we’re forecasting a figure of 14,511 app downloads by end of June/July — exceeding the Fan Pass goal of 12,500 by 16%.