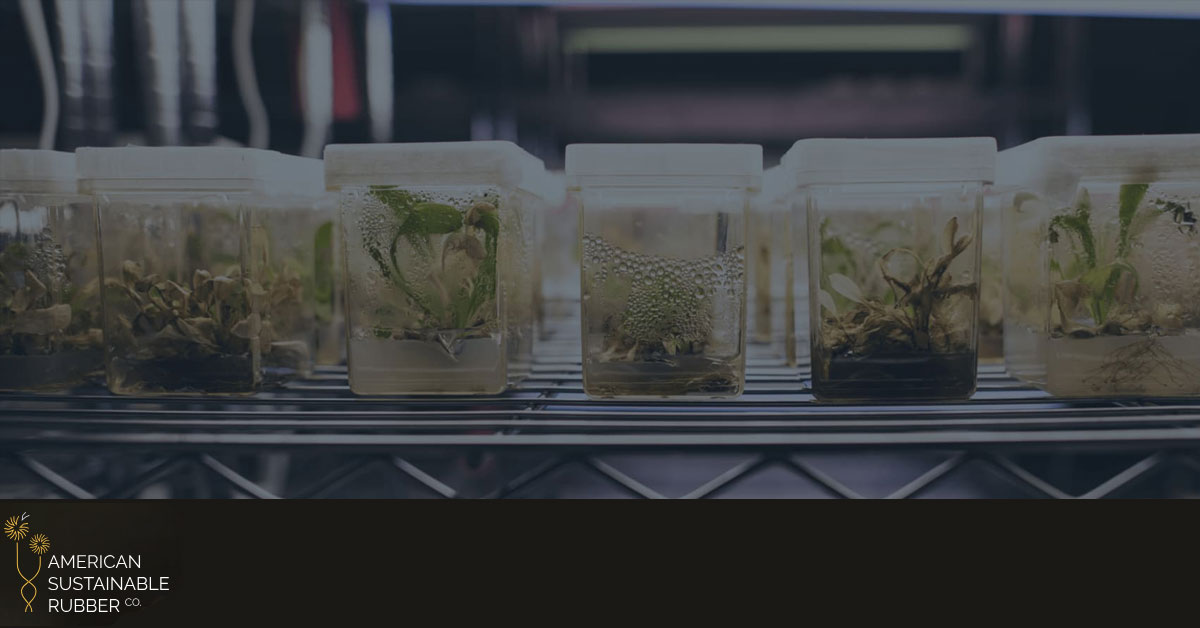 A Closer Look at The American Sustainable Rubber Company

American Sustainable Rubber is an indoor agriculture technology company that aims to come up with a domestic solution for the production of natural rubber. The company intends to use proprietary technology to produce the United States’ first sustainable natural rubber supply chain. ASR hopes to accomplish this by creating a genetically modified rubber source.

So, what makes ASR a breakthrough company? The company has licensed a way to produce natural rubber by growing and harvesting genetically improved dandelions. Now ASR can potentially grow natural rubber sustainably and ethically at commercial scale.

Not only does ASR intend to take advantage of this market opportunity for the economy in the United States, but the company also aims to create jobs in America’s heartland and decrease the nation’s heavy reliance on imports from foreign countries. In an effort to reduce the negative environmental factors and provide safe working conditions for American workers, ASR will also develop and maintain sustainable indoor growing conditions.

Appointment of New Scientific Advisor – Who is she?

American Sustainable Rubber appointed Dr. Katrina Cornish as the new scientific advisor in February. Globally recognized as an expert on biochemistry and the genetic modification of alternative rubber plants, Dr. Cornish was the first researcher to demonstrate that rubber could be sourced from genetically altered hydroponic plants. ASR hopes to use hydroponic and genetically altered plants to boost commercial natural rubber production, which is her exact area of expertise.

According to Dr. Cornish, the economic consequences of a world without rubber would be severe. She stresses the importance of developing alternative sources of natural rubber through genetic modification rather than relying on a clonal tree that is sensitive to disease. Just about every sector of the modern economy is reliant on natural rubber, which makes it essential to increase the biodiversity of the current rubber supply as quickly as possible before a catastrophic event occurs.

Dr. Cornish boasts more than three decades of experience working with alternative feed stocks and rubber biosynthesis in the commercial, government, and university sectors. She currently serves as the Endowed Chair of Bio Emergent Materials and the Ohio Research Scholar at Ohio State University. Dr. Cornish is also a fellow of the American Association for the Advancement of Science and the National Academy of Inventors and serves as the chief executive officer of EnergyEne, Inc.

Dr. Cornish’s passion for the work that ASR is doing will help bring the company’s vision to fruition and change natural rubber production as we know it.

The author of this article has been hired by ASR and has received or will receive compensation for preparing this research report and for distributing press releases and other ancillary services. Such compensation is based on a fixed fee and is not contingent upon positive opinions and conclusions in its research report. Nevertheless, the author believes the conclusions reached and does not believe the conclusions in this article were influenced by the payment of compensation. The author does not have a long or short position in the stock of UAHC. The author follows customary internal trading restrictions pending the release of its report. The report belongs to the author and not to ASR or UAHC. The report is based solely on publicly available information about ASR and the author considers it accurate, complete and reliable. The author’s report is disseminated primarily electronically and the electronic report is made simultaneously available to all recipients.

Please refer to UAHC’s website at the following location for cautions regarding forward looking statements: https://www.americanrubber.com/forward-looking

Stuart Smith is the CEO and Founder of SmallCapVoice.com. SmallCapVoice.com. is a recognized corporate investor relations firm, with clients nationwide, known for its ability to help emerging growth companies build a following among retail and institutional investors. SmallCapVoice.com utilizes its stock newsletter to feature its daily stock picks, audio interviews, as well as its clients’ financial news releases. SmallCapVoice.com also offers individual investors all the tools they need to make informed decisions about the stocks they are interested in. Tools like stock charts, stock alerts, and Company Information Sheets can assist with investing in stocks that are traded on the OTC BB and Pink Sheets. To learn more about SmallCapVoice.com and their services, please visit https://www.smallcapvoice.com/the-small-cap-daily-small-cap-newsletter/