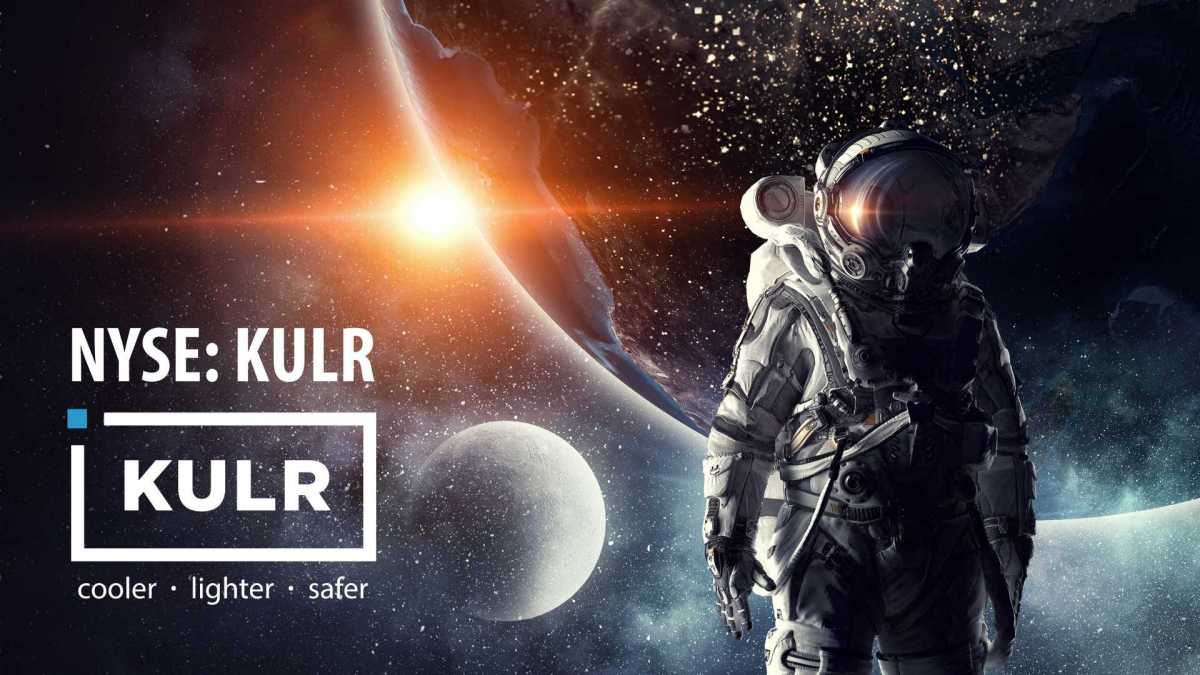 The automotive industry is rich with innovations in safety, performance, comfort, affordability and design. In recent years, the rapid evolution of electric vehicles (EVs) has triggered a riptide of incentives for vehicle manufacturers and tech companies to improve vehicle safety and performance. It has also created vast investment options, and while large players like the Big Five automakers tend to sound the loudest, the broader auto industry has a lot more noise under the hood.

Annual sales of EVs and plug-in hybrid vehicles topped 2 million in 2019, according to Deloitte, and the number is expected to continue following President Biden’s $2 trillion infrastructure plan that in part encourages Americans to switch to electric cars and combat climate change. As the number of EVs on the road increases, so does the need for regulations to keep safe the batteries that power them. For KULR Technology Group, Inc. (NYSE: KULR), a developer of next-generation lithium-ion battery safety and thermal management technologies, it’s a challenge eagerly met.

Lithium batteries are critical to modern technology, but their heating components carry a very real risk of explosion or fire – such as incidents that destroyed a UPS plane in 2010, a FedEx truck in 2016, and more recently at a recycling plant. It is these situations that highlight the drastic need for solutions across a wide range of industries.

KULR’s battery testing methodologies and cooling components are developed to keep batteries within a desired temperature range, enabling aerospace, electronics, energy storage, 5G infrastructure, and EV manufacturers to make their products cooler, lighter and safer. The company’s powerful high-performance solutions can fit almost any power or electronic configuration, including extremely demanding spaces or for applications where size and restrictions are a concern. One example: outer space.

KULR’s packaging solution was used by NASA to safely ship and store laptop batteries to the International Space Station; its heat management technology was also on-board NASA’s Perseverance Rover when it landed on Mars in February 2021, and the company is working with NASA’s Marshall Space Center and NASA’s Ames Research Center to help meet safety standards created by NASA for a crewed space mission.

KULR’s “space-tested” technology could easily be the show stopper, but a look at backers of the company suggests that it’s just getting started.

KULR received its early funding from investors willing to bet that this young company, arguably with technology ahead of its time, had the potential to change the world. One of those seed investors was Xia Zuoquan, founding investor and director of BYD Co. Ltd., China’s largest rechargeable battery maker. He also founded Zhengxuan Capital, an investment firm with over $1.5 billion in assets under management, and in 2018 – the same year he joined KULR’s advisory board – Zuoquan was named to the Forbes China Rich List. Among more than 30 investments under Zhengxuan Capital, Zuoquan is an early investor in UBTech, a $5 billion consumer robotics company, as well as in OneSpace, a competitor to Virgin Orbit and Rocket Lab.

Another backer of KULR, Morio Kurosaki – a seasoned executive and investor in Japan’s IT industry – joined KULR’s advisory board earlier this year. Like Zuoquan, Kurosaki is no stranger to investments in budding technologies.

The addition of KULR to these investors’ powerful portfolios demonstrates confidence not only in the necessity, application and future of battery safety technologies, but in KULR’s ability to grow its market reach and valuation.

As the company heads toward mass commercialization, it is also growing through expanded application of its technology and commercial partners.

KULR has teamed up with Airbus Defense and Space to provide its passive propagation resistant (PPR) battery design solutions for research into lithium-ion battery testing and safety for flight applications; and with the Federal Aviation Administration (FFA), for which KULR’s internal short circuit technology will be used to evaluate problems that lead to passenger lithium-ion battery malfunctions that can cause smoke and fire incidents aboard aircrafts.

Additionally, KULR is the official thermal management and battery safety technical partner for Andretti Technologies, the advanced technology arm of Andretti Autosport, founded by Michael Andretti. The companies are co-developing and marketing motorsports battery and safety technologies to automotive partners for mass market EV applications, a grander scale KULR has been eyeing for some time.

Leading the company’s road to mass commercialization is Keith Cochran, who earlier this year was named as the company’s president and chief operating officer. Cochran spent more than 25 years in operations and business management, most recently serving as senior vice president of Jabil Greenpoint (NYSE: JBL) in Singapore, where he led the $3.7 billion revenue smartphone technology division. Why would someone with this experience – who managed over 65,000 people in the U.S. and Asia, along with 45 original equipment manufacturers – join an emerging small cap?

The answer, according to Cochran himself, is KULR’s vision for mass commercialization.

“As someone who has a passion for people and motivating others, as well as a love for industrial engineering and product manufacturing, I couldn’t imagine a better place to continue my career than at KULR Technology Group,” Cochran stated in a news release announcing his position. “I look forward to building a strong and successful operations unit that will help KULR deliver its carbon fiber thermal management technologies to the masses.”

According to HIS Markit, global EV sales will rise roughly 70% in 2021, and Biden’s plan is to give U.S. manufacturers a competitive boost in the global market.

Technology – particularly when it comes to the aerospace and automotive markets – is on a rapid growth spurt. Backed by years of R&D, commercial partners and a powerful management team, KULR is hitting the gas, aimed at bringing its NASA-grade technology and safety solutions to the mass market.