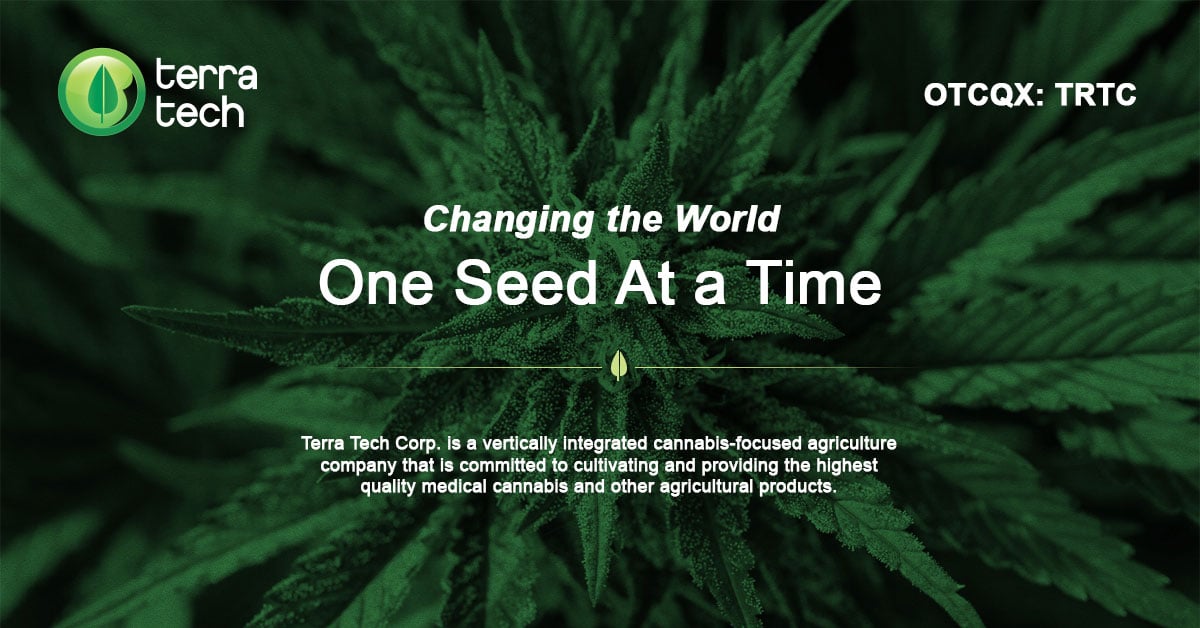 Derek Peterson, Chief Executive Officer of Terra Tech Corp., commented, “We saw a continued strengthening in demand for cannabis products as sales from both our wholesale IVXX brand and our Blüm dispensaries continued to gain traction. Total cannabis segment revenues were $6.0 million in the second quarter of 2017, compared with $3.8 million in the comparable period in the prior year. The second quarter momentum is expected to accelerate in the second half of the year, boosted by adult-use cannabis sales in Nevada, which commenced in July 2017.

“Edible Garden, which produces fresh, locally-grown herbs and lettuces, continues to provide steady cash flow for the business and we are constantly exploring opportunities to maximize its growth potential. To support these efforts, we chose to discontinue its low-margin floral products, which will enable us to focus our resources on more profitable produce lines in the future. To drive growth in this business, we are also currently implementing a new marketing campaign to improve brand recognition among Edible Garden’s ‘healthy living’ consumer base.

“We are pleased with this quarter’s results and believe the market opportunity for dynamic and aggressive companies in the emerging legal cannabis market is evident. Maximizing value for shareholders remains our top priority as we lay the foundation for future growth at Terra Tech, and we are taking steps to improve the Company’s corporate governance to support this. We leave our revenue guidance of $38 – $40 million for 2017 unchanged,” concluded Mr. Peterson.

The company will also host a conference call today, Tuesday, August 8, 2017 at 4:30 PM Eastern to discuss its financial results and the outlook for 2017.

For those unable to participate in the live conference call, a replay will be available at https://www.smallcapvoice.com/trtc.

An archived version of the webcast will also be available on the investor relations section of the company’s website.

To be added to the Terra Tech email distribution list, please email [email protected] with TRTC in the subject line.

Statements in this press release may be “forward-looking statements” within the meaning of the Private Securities Litigation Reform Act of 1995. Words such as “anticipate”, “believe”, “estimate”, “expect”, “intend” and similar expressions, as they relate to the company or its management, identify forward-looking statements. These statements are based on current expectations, estimates and projections about the company’s business based, in part, on assumptions made by management. These statements are not guarantees of future performance and involve risks, uncertainties and assumptions that are difficult to predict. Therefore, actual outcomes and results may, and probably will, differ materially from what is expressed or forecasted in such forward-looking statements due to numerous factors, including those described above and those risks discussed from time to time in Terra Tech Corp.’s filings with the Securities and Exchange Commission. In addition, such statements could be affected by risks and uncertainties related to Terra Tech Corp.’s (i) product demand, market and customer acceptance of its equipment and other goods, (ii) ability to obtain financing to expand its operations, (iii) ability to attract qualified sales representatives, (iv) competition, pricing and development difficulties, (v) general industry and market conditions and growth rates and general economic conditions. Any forward-looking statements speak only as of the date on which they are made, and the company does not undertake any obligation to update any forward-looking statement to reflect events or circumstances after the date of this release. Information on Terra Tech Corp.’s website does not constitute a part of this release.